Portuguese victory after two decades in the Exim Grand Prix 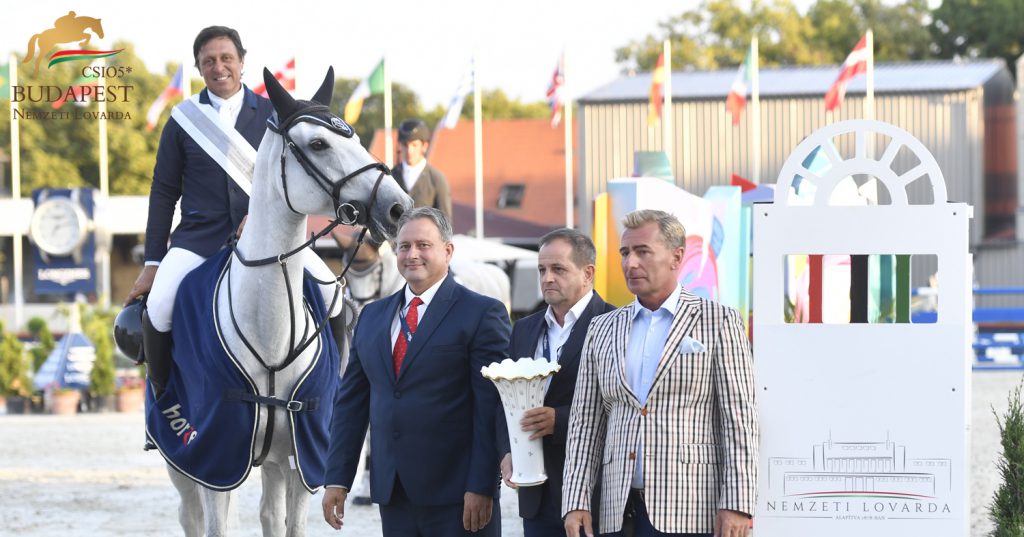 The most prestigious competition of the Longines FEI Nations Cup™ Jumping of Hungary CSIO5* Budapest on Saturday was the Exim Grand Prix at 140-160 cm. In the 30,000 Euro contest riders could collect qualifying points for the 2018-2019 Word Cup series final held in April in Göteborg.

The jump off was very international while ten riders represented eight different nations including Hungary. In the jump off riders committed the most of the faults at the sixth obstacle, a matt black steep one, and only four competitors made a clear round.

History repeated as after two decades a Portuguese rider took first place again in Budapest CSIO’s Grand Prix after the fastest round of Luis Sabino Goncalves in the saddle of the 9-year-old Dominka Van De Lucashoeve (Cardento 933 / Chin Chin). Mr. Gyula Budai Ministerial Commissioner representing the Ministry of Economics and Foreign Affairs and Vilmos Lázár president of the Hungarian Equestrian Federation presented the riding couple and offered a Herend porcelain.