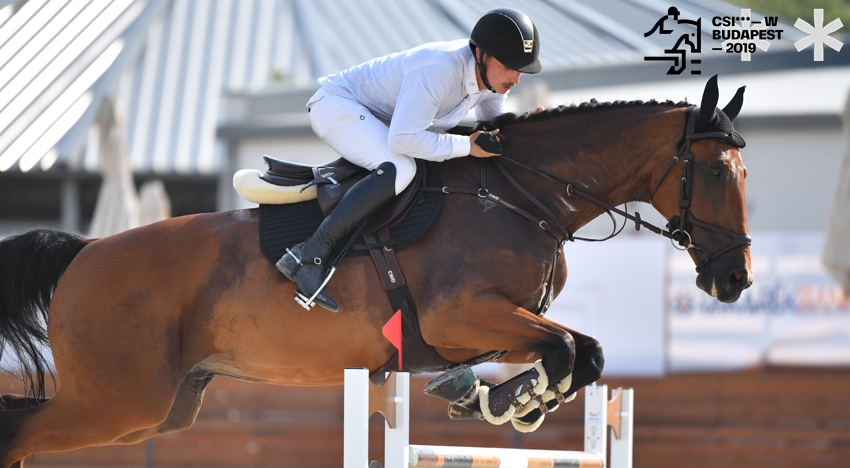 It was a magical start for Hungary on the first day of the CSI3*-W Designated Olympic Qualifier for Group C as the victory went again to the host country in the featured 150 cm Longines Ranking competition, which was the third event on Thursday. With a total prize money of €25,000, the competition was a qualifier for the Grand Prix on Sunday at the same time. The best 30 riders, including 13 Hungarians, are among the qualified competitors. In the strong international field, László Tóth, Jnr. took the first podium after a zippy round on Hungarian-bred Rádiháza Echo followed by the five-time Hungarian champion, Balázs Horváth, on his young mare, PM Chaccera. The Bulgarian two-time Olympic rider, Rossen Raitchev, gained third place ahead of the Slovak Andrey Holly in the saddle of a Hungarian-owned horse. The younger generation in Hungary is getting stronger every year and 19-year-old Vince Jármy, after three clear rounds during the day, captured seventh place in the most difficult test of the opening day.