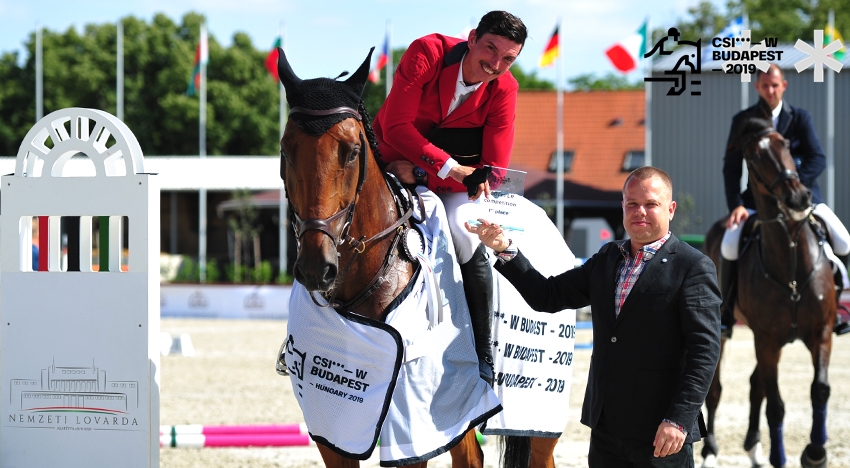 The 150 cm 25,000 Euro Longines Ranking competition was the featured event on Saturday at the CSI3*-W Designated Olympic Qualifier for Group C in Budapest.

The jump-off was a very international contest as the 11 finalists represented nine different nations, among them Hungary.

László Tóth, Jr. continued to ride in an excellent form. During the weekend he won two times the competition for young horses and after the victory in the 150 cm Longines Ranking competition on Thursday, he took first place in the same category on Saturday again in the saddle of Radiháza-Echo. Breed at Kabala stud, the horse is now the hot favorite of tomorrow’s Grand Prix. Beside László Tóth, Jr. just one rider, Czech Ales Opatrny went clear in the second round on Sangris Boy but he had to settle for second place. The bronze went to Alexandros Fourlis who was a bit unfortunate and committed one time-fault.

The fastest rider with four faults was Macedonian Luka Zaloznik who finished on the fourth place. Hungarian Gábor Szabó, Jr. rode a fast track as well but with one fence down so he closed fifth on his second horse Lord Classic. Ulrich Kirchhoff, a member of yesterday’s winning Ukrainian team ended today sixth on D Mark 2.