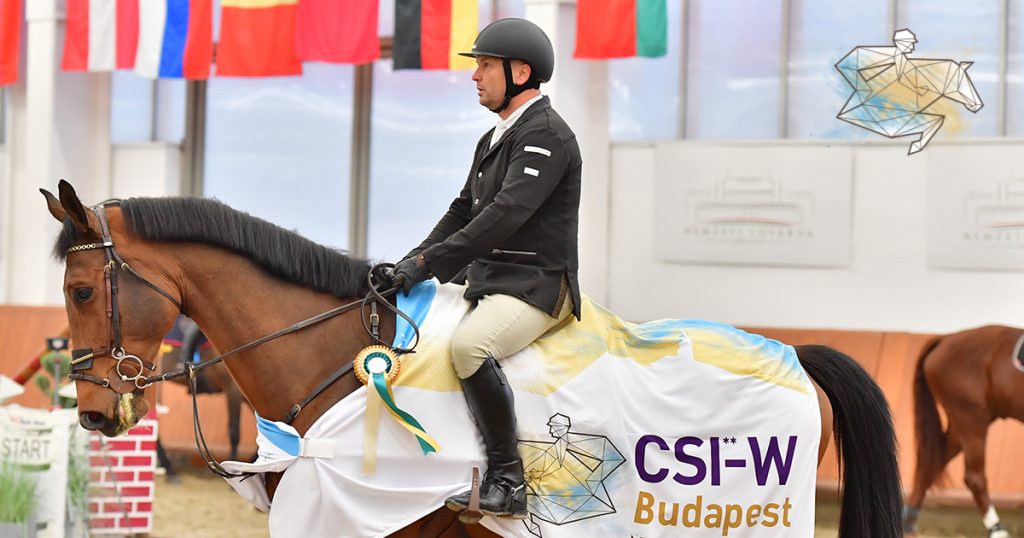 The second day of the CSI 2*-W Budapest Show Jumping World Cup started with the U25 competition. Hungarian riders did well, taking the first three places and were rewarded with beautiful plaques specially made for the occasion.

Dominika Kiss was the winner on Dyra, ahead of Imre Vincze, who finished second on the previous day as well. Next in the program was the open competition where Daniel Ionut Bucur proved the fastest ahead of his rivals from the day before, Kristóf Hegedüs and Gábor Fábiáncsics. In the penultimate competition of the day, the 140 cm Silver Tour, Attila Técsy took the lead at the last moment on Nikidam Breaker, overtaking long-time leader Sára Szabó-Máriás. István Máté Jr. rode a clear round today as well, and ensured fifth place for the hosts. The following places were taken by Andrej Holly and Jörne Sprehe. The 2019 Hungarian National Champion rider, Zsófia Vándor, finished eighth on Balmorrer, her young horse. She could also be seen in the World Cup qualifier competition on Quintus.