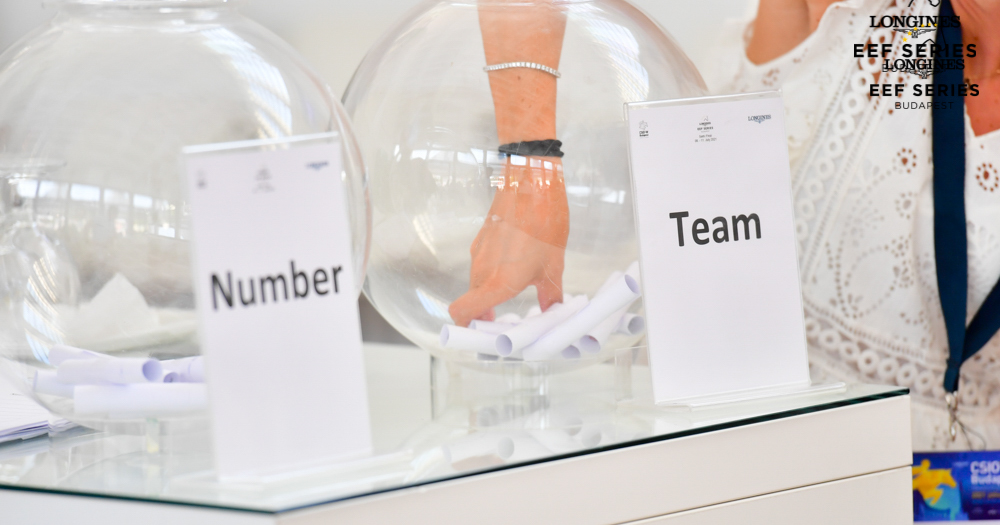 Ten countries have entered the Longines EEF Series Semi Final Budapest CSIO***-W in Budapest, which represent one of the crowded competitions of recent years. The stakes are high as the semi-finals of the European Equestrian Federation’s Nations Cup series will represent a direct route to the finals in Warsaw in two months’ time.

The starting order was decided by a public draw, which took place at 7 pm in the main building of the National Riding Hall. The countries will enter the track in the following order:

Hungarian chef d’équipe István Németh picked the number eight, which is fortunate as it is toward the end of the field, so Hungarian riders can apply better tactics in an eventual jump-off.

The Nations Cup Team Competition will begin at 2 pm on Friday and will consist of two rounds with a 20-minute break. The order of the riders within each country will be decided by the chefs d’équipe and only the three best results from the four will be considered for each round. In the event of a tie, the ranking will be decided by a jump-off.

Spectators are welcome to the National Riding Hall to support the riders!