Dutch Victory in the MSLT Prize 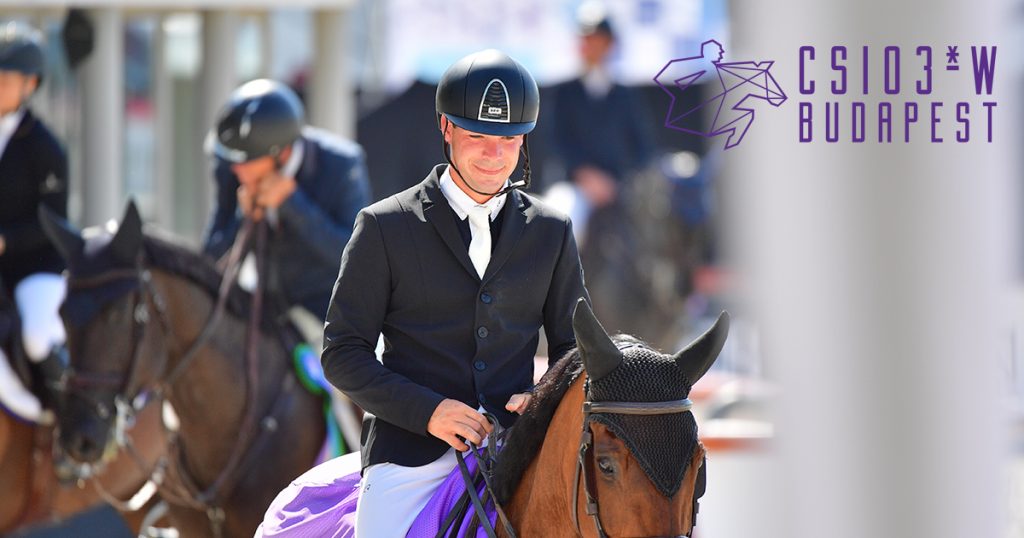 The second event on Friday was the €4,000, 140cm competition in two phases, presented by the Hungarian Sport Horse Breeders’ Association (MLST).

Only a few riders finished clear, so a slower but clear round put competitors up on the ranking. The course suited the Dutch riders best. One of the late starters, Bart Lips, secured his place on the top of the podium and his colleague, Wout-Jan Van Der Schans, finished third.

Between the two representatives of the Netherlands a German rider, David Will, also successful one day earlier, took the silver place on Mexico.

The best local rider was Mariann Hugyecz with Valentina By Boris, followed by Jörne Sprehe and Sven Schlüsselburg, also from Germany.

The awards were presented by Dr. Miklós Jármy, President of the Hungarian Sport Horse Breeders’ Association.

In the Table C contest riders have to be as swift as possible and Austrian Alessandra Reich and Anyway van het Kervijnhof Z managed to do so.

Second place went to Elian Baumann from Switzerland with Djamila.

Local fans could cheer as well, since Szabolcs Krucsó on Caruso captured the bronze place.