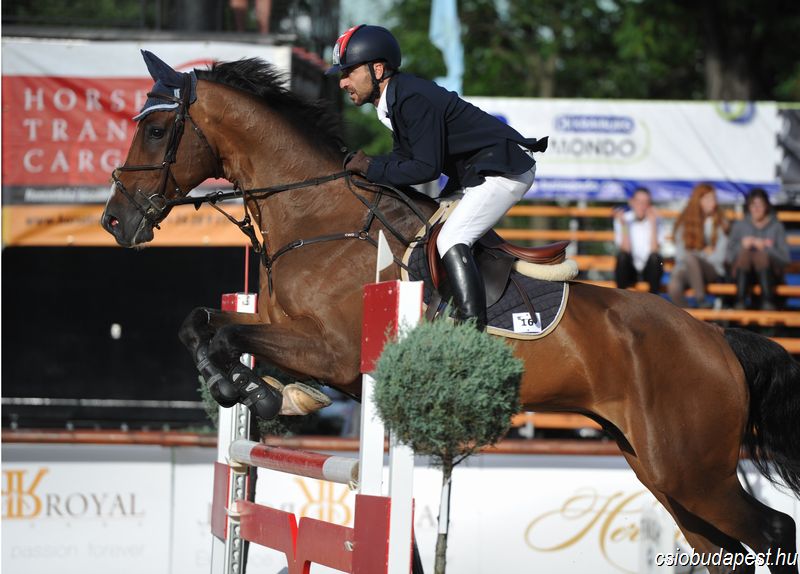 Friday morning started with Small Tour again for Royal Diamonds. Most likely the national anthem of Syria was played for the first time in Budapest National Riding School in honour of Anre Hamcho and Chesterfield (14y M) who won the competition 130 cms against the clock. Three more Hungarian riders were among the placed: Alexandra Vindeczker and Quipara, László Gombos and Admirális and 17 year old Virág Weinhardt with Bognár Jen Cor.