Exciting weeks for the national showjumping team of Hungary 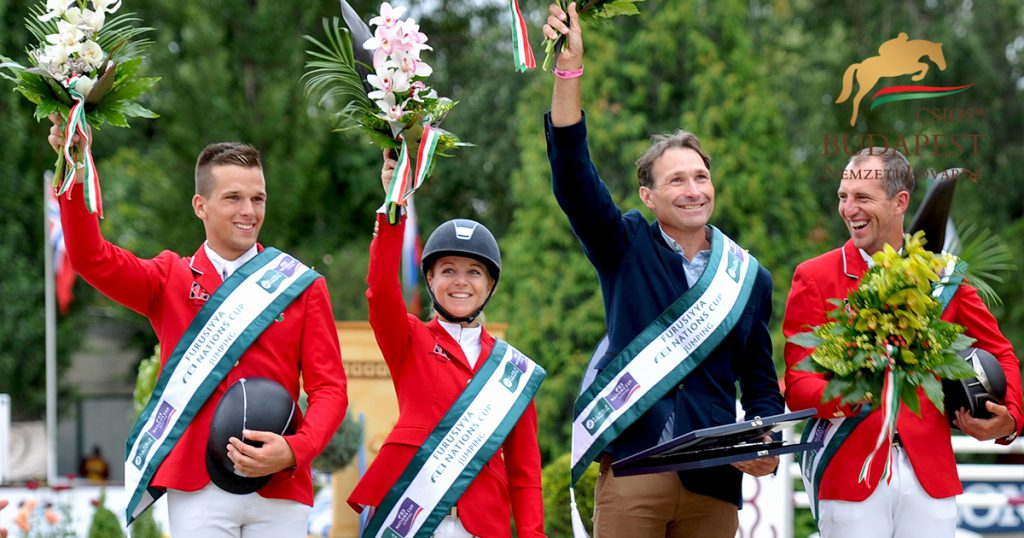 Based on recent performances, how do you evaluate the form and preparedness of riders and horses of the national team taking part at this year’s Longines FEI Nations Cup™ Jumping of Hungary CSIO5* Budapest?

Every rider strived to get his/her horse into the best possible form for the CSIO. Some of the horses have been competing successfully since the beginning of the year, others started their season later. The most important competitions to achieve their peak form were held shortly before Longines FEI Nations Cup™ Jumping of Hungary CSIO5* Budapest. We only had one CSIO team competition this year, in Linz. Budapest will be the first competition where these riders will ride as a team.

This is the first time Hungary can host a highest level, five star CSIO. How does this increase expectation towards you as Chef D’Équipe and towards the riders?

This year’s five star competition will be more difficult than the last one. Especially, that due to a new rule, the team competition – the main event – is going to be held on Sunday. We will have to manage the horses with even more special attention so that they would be still fit at the end.

CSIO Budapest in 2016 brought historic Hungarian success in the Grand Prix and in the Nations Cup as well. As Chef d’Équipe, what are your expectations from Hungarian riders this year?

Very experienced riders will represent our country this year as well. Obviously I expect good results. The goal is to win, but I would like to see the team in the first three, a podium place would turn this CSIO into a good sensation.
There is going to be even an extra stake this time: this competition is the final leg for Europe Division 2, so the two best national teams qualify for the Super League Finals in Barcelona.

What the Hungarian showjumping team is going to be up to later this season?

Five weeks after Longines FEI Nations Cup™ Jumping of Hungary CSIO5* Budapest, the World Equestrian Games will be held in Tryon, USA, between the 10th-23th September. This is actually the world championship for equestrian sports. Hungary will be represented by four riders, and hopefully, if the horses are in good form, nice results could be achieved.