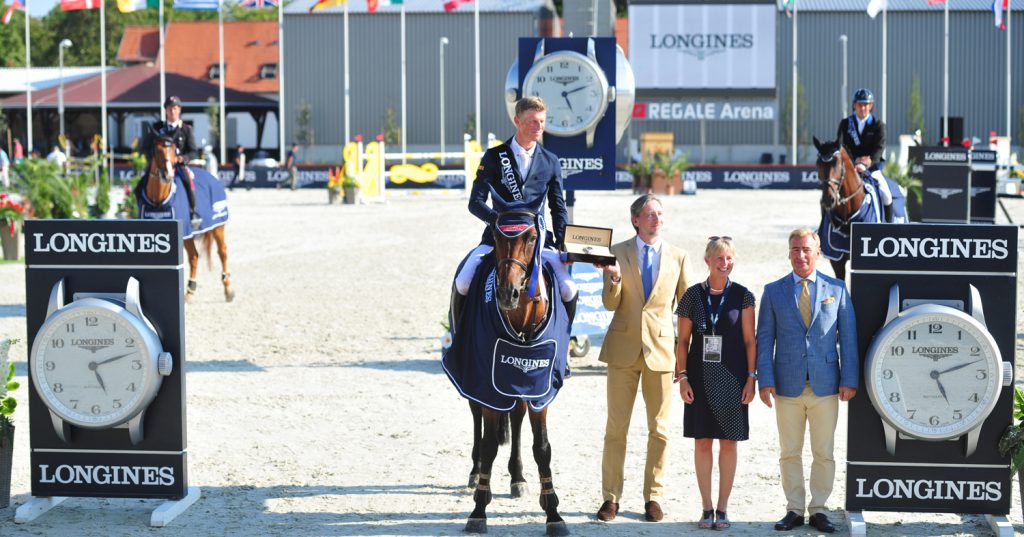 Friday’s undoubted highlight was the Longines Grand Prix at the Longines FEI Nations Cup™ Jumping of Hungary CSIO 5* Budapest. The long awaited competition offered the riders EUR 100000 and beyond the prize money valuable Herend porcelain and a Longines wrist watch for the winner. The highest course according to FEI rules to be built is 1.60m and it contained 13 obstacles and 16 efforts. The course plan was not less worthy of a world class level competition.

Out of 50 athletes 10 finished with a clear round yet two riders, Turkish olimpic rider Ömer Karaevli and Polish world cup final rider Kazmierczak Michal were truely unlucky to get 1 penalty each for the time so not riding in the jump off. However Szabolcs Krucso did it for Hungarian spectators’ greatest pleasure.

Szabolcs pulled number 1 at the drawing ceremony thus started both the first round and the jump off leaving him little chance to any tactics. In spite of this he showed a convincing ride with Chacco Blue II (Chacco-Blue/Cincaba Rouge, owned by Attila Korusz) doing all possible cut-offs at a high pace at 42.11 seconds that finally placed him third on the podium.

Merely the last two riders were able to make it faster out of them former German now Austrian Max Kühner won the competition. His winner stallion Cielito Lindo 2 (Clarimo/Stauffenberg, owner: Haupt- und Landesgestüt Schwaiganger ) and his maternal grandfather is the Stauffenberg stallion that had competed several times in Hungary and left many foals.

One of the most succesful show jumpers nowadays Emanuele Gaudiano from Italy took second place on the podium with Chalou (Chacco-Blue/Baloubet du Rouet, owned by Hungarian Equita Llc.). … and British Jamie Gornall with Carsten on the 6th.