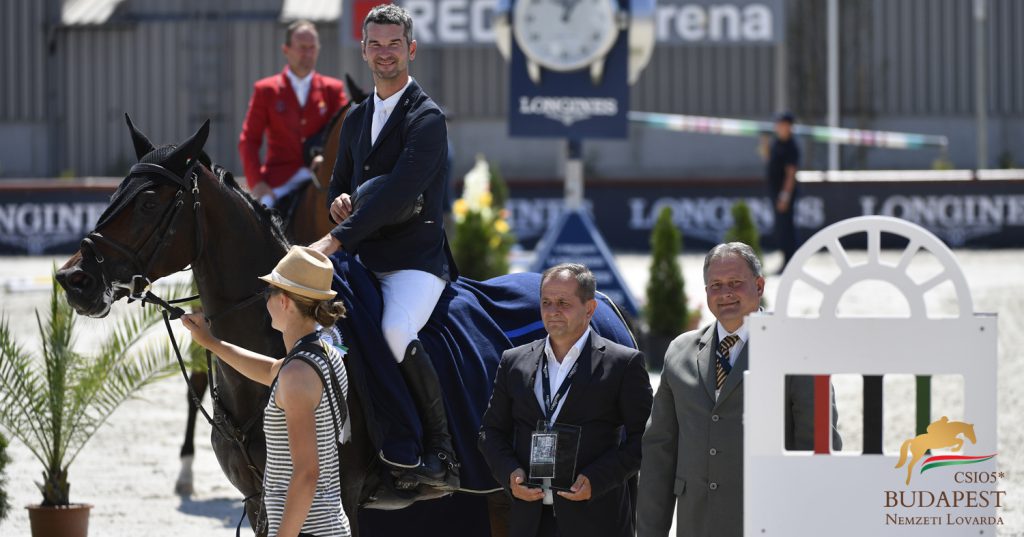 More than 50 riders participated in the second competition of today’s Longines FEI Nations Cup™ Jumping of Hungary CSIO 5* Budapest programme. The two phase course at 145 and 150cm put a burden on both the competing humans and animals due to the extremely hot weather in Budapest in the competition presented by the Ministry of Human Capacities.

The last but one rider of the starting list, Andrej Holly representing Slovakia turned to be the fastest without penalties on his ten year old Hungarian owned (Tamas Makay) Quintana. They already showed a perfect form back in May at the Szechenyi Memorial Competition Budapest winning the Grand Prix. This time Mr. Gyula Budai Ministerial Commissioner representing the Ministry of Economics and Foreign Affairs presented the riding couple. For the Hungarian fans’ pleasure Sandor Szasz who was in leading position for quite a long time finished third which is a significant result in such a strong field. He mounted his own bred stallion Luftikus Boy with whom he won a competition in CSIO 2016 Budapest. Further five of our Hungarian riders finished without penalties in both phases: