Viewers stood up for the Hungarian anthem in Regale’s Prize 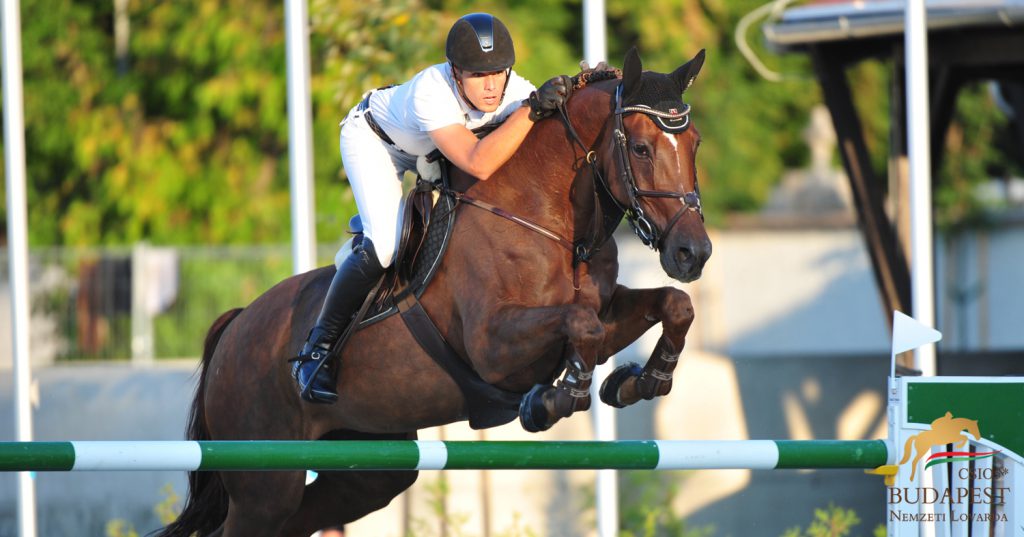 No better starting of the Longines FEI Nations Cup™ Jumping of Hungary CSIO 5* Budapest could be expected for the host country but winning the closing competition of the day at 1.50 against the clock for world ranking points presented by Regale. 45 riders entered the competition for a total of EUR 25000 prize money facing a considerably difficult course designed for the world elite in Regale Arena. The third place was taken by Hungarian Szabolcs Krucso and Chacco Blue II with a slight 6 hundredth of a second slower riding.

Two of our legionaries Sandor Szasz living in Germany and Ferenc Szentirmai competing for Ukraine took 7th and 8th places.