Kristaps Neretnieks won in the prize of the Hungarian Equestrian Federation 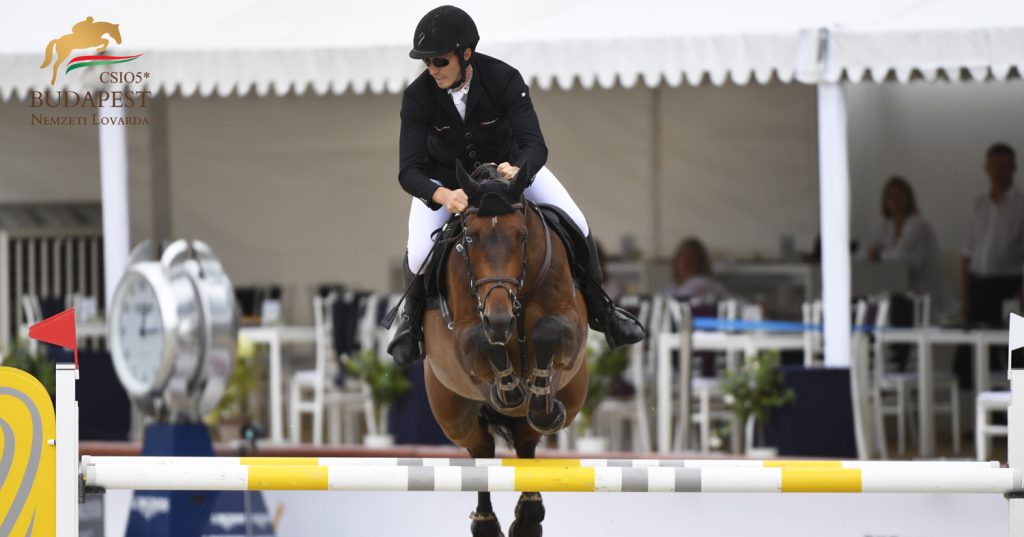 At Saturday’s second event of the Longines FEI Nations Cup™ Jumping of Hungary CSIO5* Budapest riders competed for the prize presented by the Hungarian Equestrian Federation. An interesting fact of the accumulator competition was that it involved a design without combined obstacles but with a joker for the last jump – either for double points or if penalties if faulty. The joker was a triple bar at 160 cm symbolizing the Hungarian flag. The course’s difficulty was reflected by the low number of riders with a maximum 65 points.

The Latvian Kristaps Neretnieks, who still was one of the most successful riders in Budapest with one second, two third and one fourth place, now claimed victory for the first time. Dorottya Stróbl, the Hungarian Equestrian Federation’s general secretary, presented the winner.