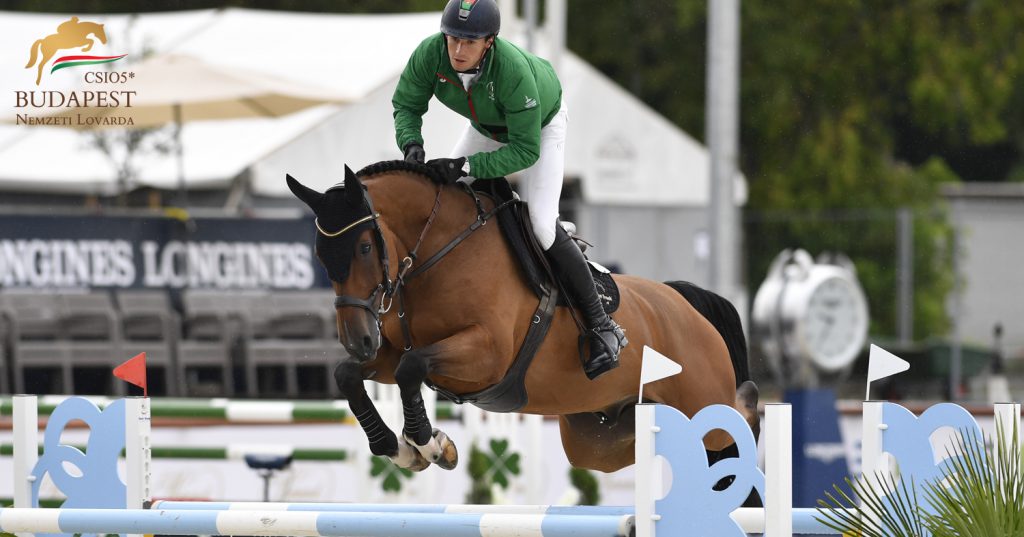 6 and 7-year-old horses contested the competition presented by the Hungarian Sport Horse Breeders Association. Surprisingly a considerable number of riders, 18 competitors in all, finished without penalties the parcours designed by Werner Deeg. The best Hungarian bred horse was Medáll (Quirado / Merano I-38) ridden by Gábor Szabó Jr. who showed a very quick round but one fault missing a more prominent place. Zoltán Lázár Jr., Ádám Faluhelyi and Attila Técsy also finished with a clear jump off.