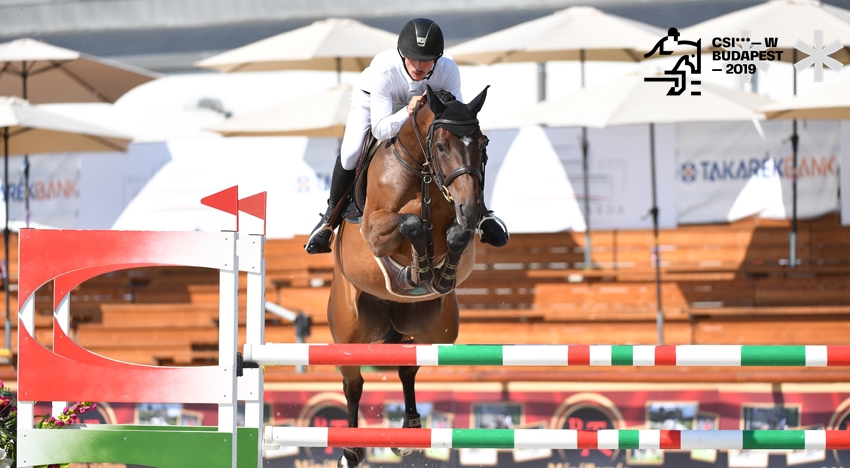 Saturday morning started with the EUR 3,000 final of the young horses’ competition in the National Riding Hall. A field of 35 riders had to complete 11 fences and 14 efforts on a track designed by Aki Ylänne from Finland.

After a technically challenging first round, ten rider-and-horse pairs, including five Hungarians, managed to reach the jump-off.

The first starter of the second round was László Tóth, Jnr. who scored a perfect, fast trip on the 6-year-old Identity and put the pressure on the rest of the field. Shortly afterwards he was even faster on his second horse, Ching, and finally stood on the gold and bronze podium in the final. The winning horse, Ching, is his 6-year-old, own-bred mare who still took a victory on Thursday.

The previous days’ successful horse and rider combo Annamária Zárug and Candy bred at the Gánt Herczog Stud secured second place after a great, steady-paced ride in the second round.

One of favorites of the final was Friday’s winner Emma Augier De Moussac on Homey from the Czech Republic. This time they had to be eliminated due to the rider falling. However, Homey showed his talent to the public and jumped the following fence perfectly without a rider.