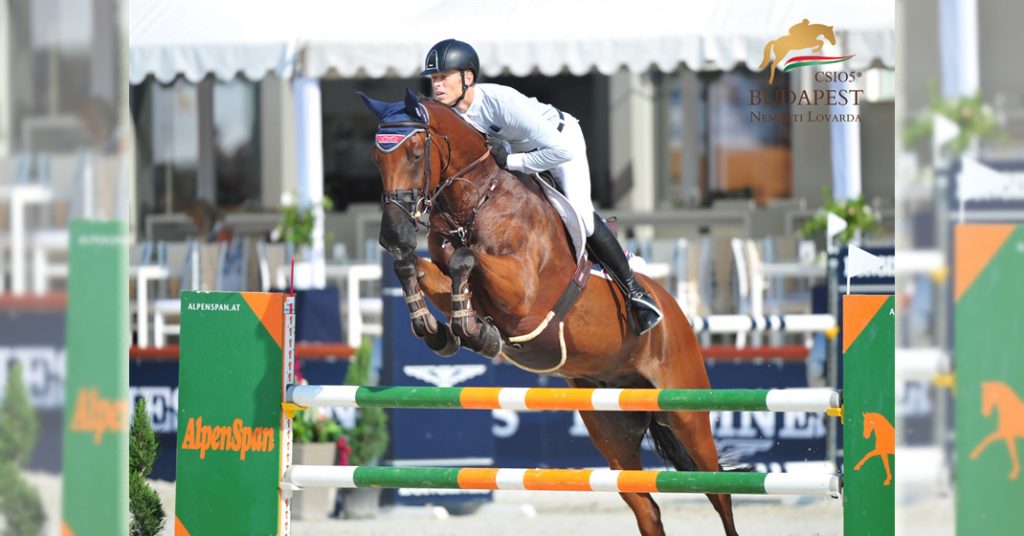 115 riders from 18 nations will arrive at the National Riding Hall with 208 horses for the Longines EEF Series Semi Final Budapest CSIO***-W, which will take place from 8 to 11 July. Based on the number of entries, a strong field and exciting competitions are expected at all of the events at Tattersall’s.

One of the big names of the tournament is Max Kühner .Currently 20th in the Longines World Rankings, he will be competing in Austrian colours. Born in Germany, where dozens of top riders vie for the national team every year, he has decided to join the Austrian team and gain a guaranteed place in the top four, hence in the national team. Since then, he has represented his adopted country at the World Cup Finals in

Omaha in 2017 and in Gothenburg in 2019, and at the 2018 FEI World Equestrian Games in Tryon. At the latest venue he finished sixth individually, and for a long time had a good chance for gold. The rider is currently in top form, having finished second in the 160cm Grand Prix at the Global Champions Tour in Monte Carlo last Saturday, and on Sunday of the week before he finished third in the 5* Grand Prix in Knokke, Belgium, also at 160cm.

One of the most experienced riders at the event will be Switzerland’s Romain Duguet, who has represented his country twice in the Nations Cup finals in Barcelona, twice at the European Championships, twice in the FEI World Cup Series finals winning a silver medal in 2017, and at the 2016 Olympics in Rio de Janeiro. He will be in the saddle of Calder and Bel Canto de Boguin at the CSIO 3* W Budapest.

Slovenian national team rider Uhr Bauman will continue his competition program in Budapest after a victory in Šamorín, Slovakia and in the Grand Prix of the Szilvasvárad Masters, Hungary. He is one of the favourites of the upcoming event after having performed with a clear round on his horse Larisal at the 160cm 5*CSIO in Le Baule, France last month. Several serious offers were reported for this young horse with huge potential, but all were refused as Urh Bauman’s clear intention is to take part at the Olympics on him.

Multiple Dutch champion Angelique Hoorn already proved herself last weekend at the Szilvásvárad Masters, where she finished third in the Grand Prix on the formerly Hungarian-owned Expectation of Romance. This weekend, she will compete in the individual competitions at the CSIO 3* W Budapest and will be one of the big favourites of Sunday’s World Cup Grand Prix. Her most important success to date was being selected by Dutch chef d’équipe, Rob Ehrens to represent the Netherlands at the 2008 Summer Olympics in Beijing, after the injury of the former Olympic champion Jeroen Dubbeldam. There she finished in the respectable eighth position individually and fourth in a team composed of Mark Houtzager, Gerco Schröder and Vincent Voorn.

Antonio Alfonso as a member of the Italian national team. He participated in three Nations Cups this year, in Sopot, Poland, St. Gallen, Switzerland, and Gorla Minore, Italy. He is now preparing to do the same here in Budapest, where he will arrive with his Grand Prix winning horses, Donans and Harriet.

Turkey’s Derin Demirsoy, aged 27, has had a distinguished career despite his young age, having ridden twice at the European Children’s Championships and four times at the Youth Championships, winning a silver medal, twice as a young rider. Then at only 21 years of age, he represented his country in a team in Aachen in 2015 and two years later in Gothenburg. He has been a mainstay of the Turkish team ever since and will ride in Budapest at Friday’s Nations Cup.

The event can be followed via live stream, and fans are also expected to support the riders in person. On Thursday the entry is free.