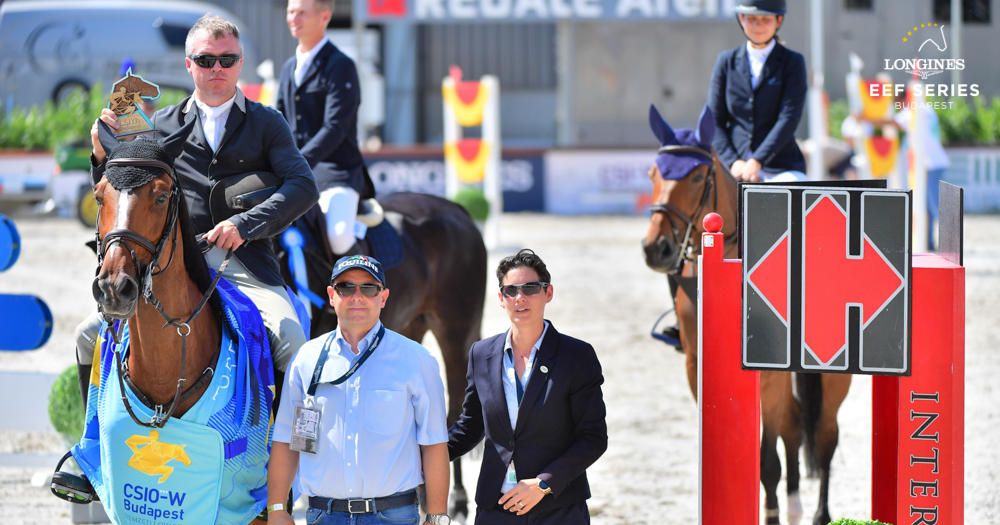 The Longines EEF Series Semi Final Budapest CSIO***-W started with the 125cm contest for young horses. In this €2,000 Inter Horse Truck Prix a total of 45 rider and horse pairs lined up.

Six-year-old horses opened the competition followed by seven-year-olds. At the end it was very tight at the top as three riders finished within one second, so after the fast rides competitors waited with bated breath for the results to display on the screen. The horses of Horses For Sale Ltd. have presented an excellent performance this time as well, as the highest placed Hungarian riders represented the company, with third-placed Rodrigo Szuhai on Jayjay, ahead of his brother, Gyula Szuhai Jnr. on Edward Z, and their teammate Máté Berkes on Cornet.