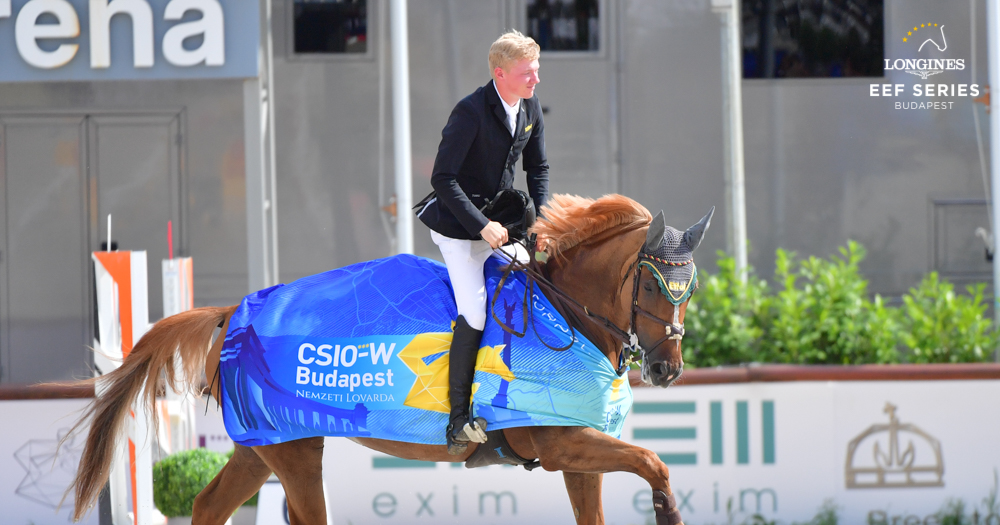 In the third, 140cm competition of Thursday’s Longines EEf Nations Cup Budapest riders competed for the €4,000 prize presented by the National Riding Hall.

The course was extremely technical, but many fast rides could be seen from the start of the competition. A number of riders were pressed to take tight turns more risky than usually. Of course, this occasionally resulted in faults but the lucky riders with clear rounds definitely finished on top.

In the end, it was a very close German victory by just three-hundredths of a second, as former European Young Rider Champion Philipp Schulze Topphoff took the lead from the long-time leader Matteo Leonardi representing Italy. The best Hungarian result was achieved by Krisztián Búza, in sixth place on the chestnut horse, Galestra owned by Eszter Milesz. Gyula Szuhai on Shiarado and Vince Jármy on Chris Cross finished among the runners-up as well.

The riders were congratulated by the President of the international jury, Jacklin Schmieder, and by András Steiner.