Balázs Horváth Third in the Prize Presented by Lipóti Bakery 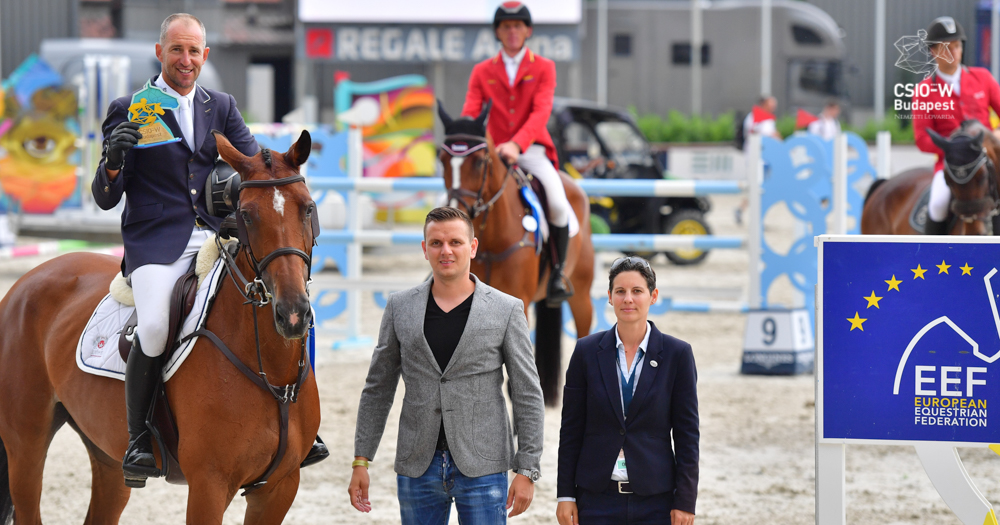 In the 140cm prize presented by Lipót Bakery 45 riders competed for a total of €3000 in prize money.

Local riders did a great job completing several clear rounds. The Swiss national team rider Aurelia Loser was the fastest, finishing more than two seconds ahead of the second-placed Italian Francesco Turturriello, who will also be seen in today’s Nations Cup at 2pm. Gábor Szabó, Jnr. closed fifth on his new horse, Mezőhegyes Chabala, ahead of Gyula Szuhai on the 7-year-old Shiarado. Among the runners-up we can find István Máté, Jnr. on Fly Boy, and Gábor Szabó, Jnr. on his second horse Valentina by Boris.