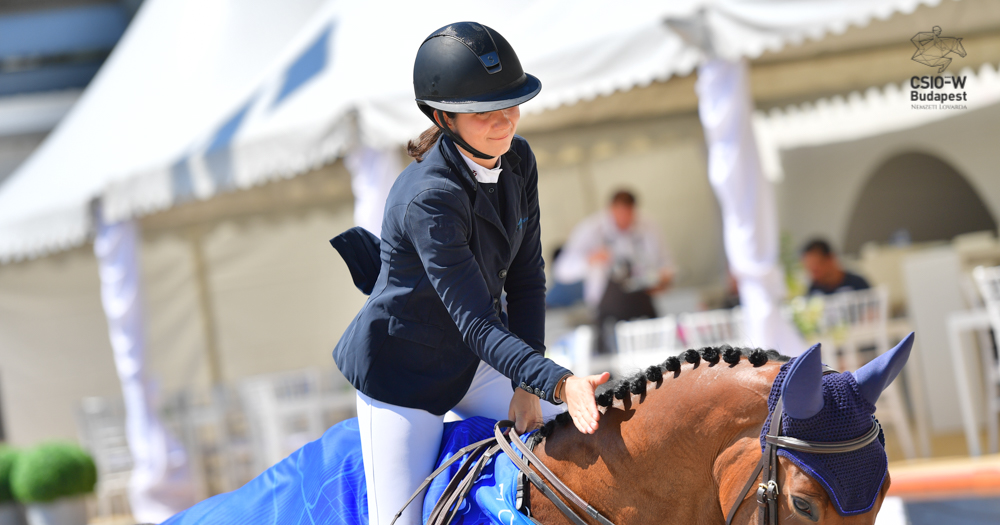 Forty-four riders competed in the final of the young horses’ €4,000 competition over 12 jumps on Saturday at the National Riding Hall.

The course was unusually long at 525 metres but this would not distress the athletes and they performed remarkably well. More than half of the competitors, 26 riders, including ten Hungarians, finished without penalties, and the lowest score was only 12 penalties. However, the long course took much out of the horses, and it reflected in the overall results, as only eight of the 26 pairs jumped clear in the jump-off. Most of the faults occurred on the first, colourful vertical and on the last wide oxer.

Katharina Rhomberg on her 6-year-old Zarzuela, who started as one of first pairs, recorded a great start and for a long time seemed to ride an unbeatable time, but Andrius Petrovas already successful several times at the weekend, was able to take the lead on Javenda. In the end, Austrian Alessandra Reich on Anyway van het Kervijnhof Z could score an even better time of more than one and a half seconds, winning the competition. At the award winning ceremony riders were presented by Krisztián Sauska, representing the Sauska winery. The 14-year-old childrens’ national team member, Gyula Szuhai, Jnr., rode a fast clear round on Edward Z, finishing fifth, ahead of Tamás Mráz on El Conthero, bred by Lóránt Erdélyi. Both rider and horse pairs also competed at the Szilvásvárad Masters International last weekend and won several placings, so it is a special achievement to see them perform as well at the following weekend. Both horses showed great fighting spirit despite the heat and gave their best in this 4,000 EUR final.

Other runners-up were Krisztián Búza on Rosa bred by Csilla Lévai, Vince Jármy on his own-bred horse JB Zenit, and György Fekete on Kahuna.