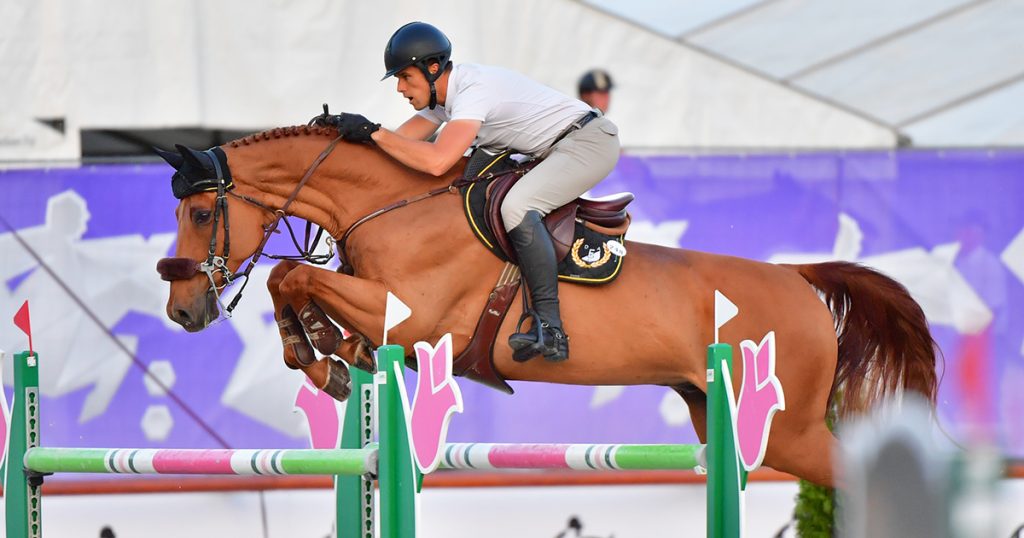 The Count István Széchenyi Memorial continued with the semi-finals of VIP, Silver and Gold Tour and the first round of 120cm Bronze Tour. Friday’s featured final event turned out to be a real marathon with 61 participants aiming to qualify for Sunday’s Grand Prix.

Only with a small margin did Dorka Nemes on El Coronita capture third position, followed by Virág Szabó and Maja Petes.

The first round of the Bronze Tour was won by Gréta Babos on Timpex Inka, who completed the track one second speedier than Péter Osztovits on Quintana and Annamária Zárug.

The 130cm U25 competition caused no trouble for young Hungarian talents, and they secured the first five places with lightning-fast performances. Especially, Emma Mécs could be glad as she repeated her excellent ride from the day before and won first place again on PM Chaccera.

The 130cm Silver Tour, a two-phase contest attracted 35 horse and rider pairs. More than half of the field completed the course without penalty and there were only slight differences among the top rides. The only exception was the youngest member of the Szuhai family, Rodrigo Szuhai, who beat the field by more than two seconds.

Friday’s closing event was the second round of the 140cm Gold Tour, the last occasion for riders to qualify for Sunday’s Grand Prix with the highest prize money. Twenty riders finished with a clear round in the most crowded contest of the weekend. The first perfect ride was accomplished by Gábor Szabó, Jnr on Filuchi. The pair was not only precise, but quite fast, so they were leading for a long time. Later, several competitors pressured them, and finally Tamás Dömse and Henri Kovács overtook them, pushing the pair to third position. However, Gábor Szabó, Jnr had one more horse left to ride at the end. He took the risk and rode a sensational time, achieving the victory on Chacrinue owned by Gábor Szombati.