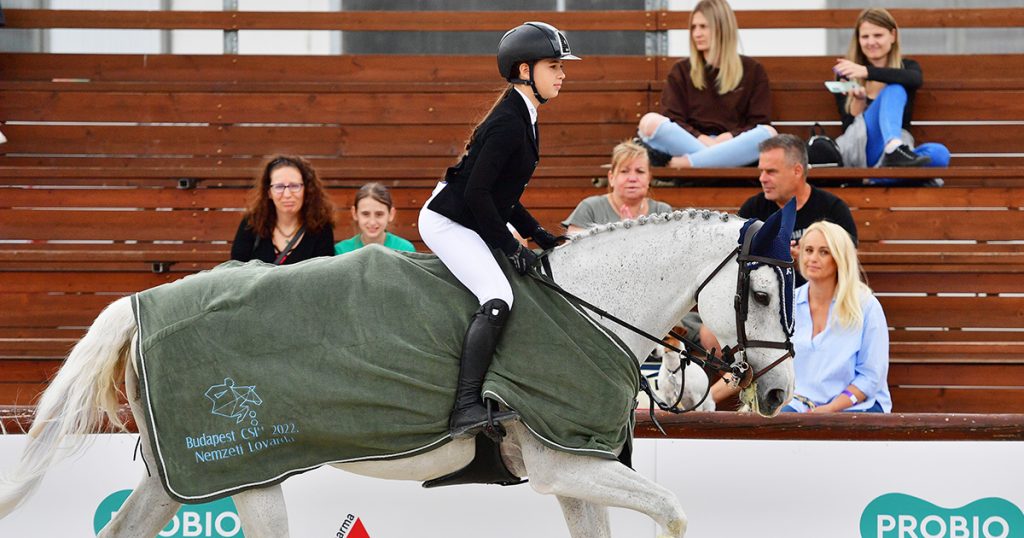 The final of the 115cm VIP Tour presented by Baileys launched Saturday’s program at the Count István Széchenyi Memorial.

It was a special competition as all 46 riders were ladies. In the first round, 19 horse and rider pairs rode perfectly and qualified for a crowded jump-off. As expected, the differences among riders were minor and often only tenths of a second decided on places.

The semi-final of the 125-130cm competition of young horses was presented by Pavo Horse Faerie. Among the six- and seven-year-old horses competing in this event, only Balázs Varga in the saddle of his own-bred stallion Jailbird could complete the course under 70 seconds, taking victory.

In the semi-final of the 120cm Bronze Tour 57 competitors lined up at the start. In the two-phase competition, Máté Berkes scored the best time and won the semi-final on Messenger Rouge Sz, ahead of Annamária Zárug and Gréta Babos, both finishing on the podium in the first round as well.