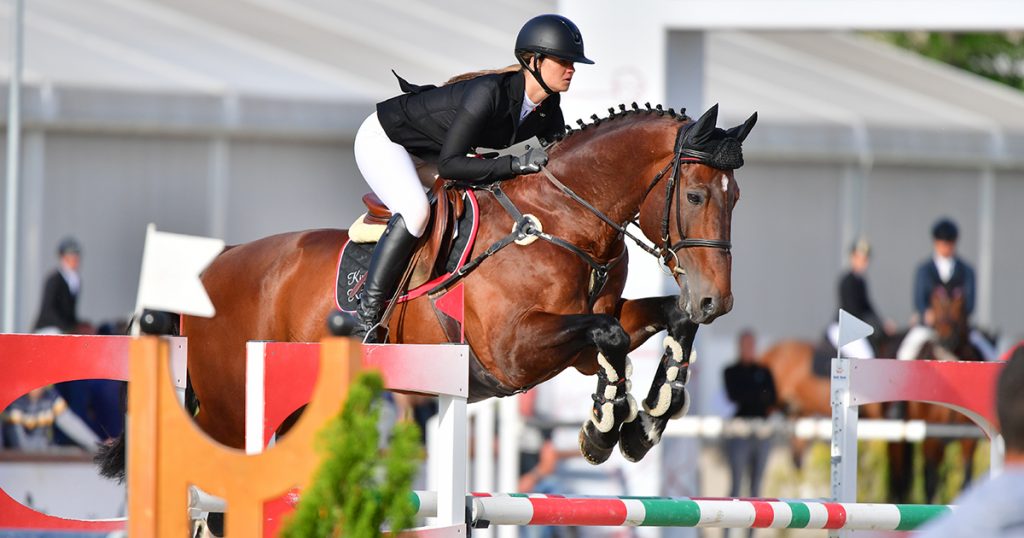 The number of participants increased to 50, as in tomorrow’s Grand Prix each rider can ride only one horse. As a result, many riders entered with their second horse, so a jump-off with many competitors was expected since for many jumping 135cm meant no problem. In the end, 22 riders and horse pairs made it to the jump-off.

Hungarian riders rode brilliantly but Kata Csenge Kisgergely on Bizar VDL shot ahead of the field, completing all rounds clearly and fast over the three days.

Second place went to Andrej Holly, a regular guest of the international competitions in Hungary, so the Slovakian rider is expected to compete in the upcoming CSIO in Budapest.

The winner of Friday’s Gold Tour, Gyula Szuhai, Jnr, cannot compete in tomorrow’s Grand Prix due to his young age, as the international rules require that a 15-year-old rider can compete at a maximum of 140 centimetres.

The excellent third place in the Silver Tour’s final in the saddle of Perty Jackson will surely comfort him. Tamás Mráz on Sanghata finished fourth, ahead of Eva Bohák-Debreczeni and Szabolcs Krucsó.

The final of the 115cm VIP Tour presented by Baileys launched Saturday’s program at the Count István Széchenyi Memorial. It was a special competition as all 46 riders were ladies. In the first round, 19 horse and rider pairs rode perfectly and qualified for a crowded jump-off. As expected, the differences among riders were minor and often only tenths of a second decided on places.

The semi-final of the 125-130cm competition of young horses was presented by Pavo Horse Faerie. Among the six- and seven-year-old horses competing in this event, only Balázs Varga in the saddle of his own-bred stallion Jailbird could complete the course under 70 seconds, taking victory.

In the semi-final of the 120cm Bronze Tour 57 competitors lined up at the start. In the two-phase competition, Máté Berkes scored the best time and won the semi-final on Messenger Rouge Sz, ahead of Annamária Zárug and Gréta Babos, both finishing on the podium in the first round as well.