The CSIO3*-W Budapest Kicks off with Thrilling Competitions 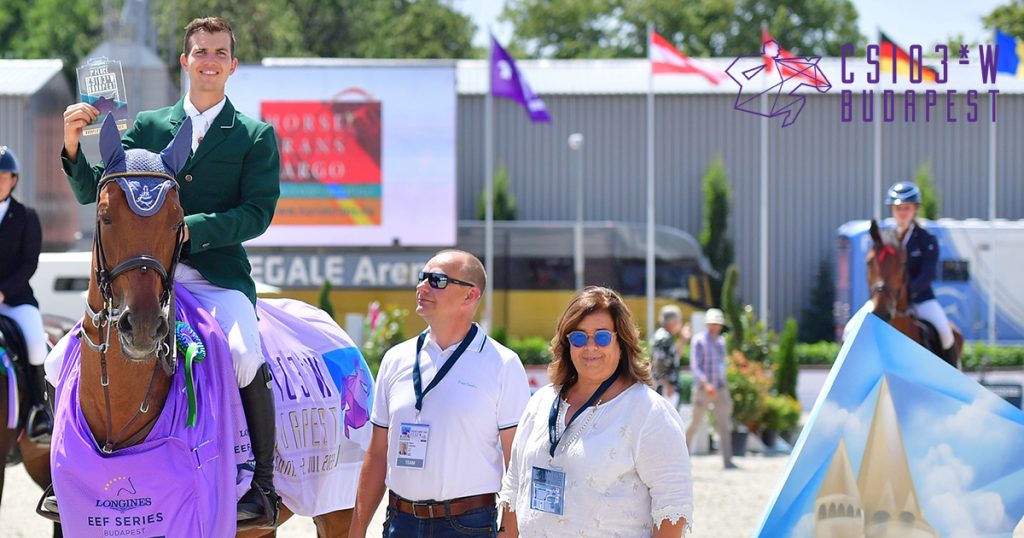 The CSIO3*-W International Show Jumping World Cup and Nations Cup Team Competition, the most prestigious Hungarian show jumping event of the year, kicked off this morning at the National Riding Hall in Budapest.

Young horses opened the 4-day event with 42 horse and rider pairs on the starting list. In the €2,000 competition presented by Lipót Bakery six-year-old horses entered the tack first to complete the 125cm jumps, then after an increase of 5cm it was the seven-year-olds’ turn.

The day went on with the 135cm competition for the Horse Trans Cargo Prize, where a total of 49 pairs lined up for the more than €2,000 prize-money.

The riders were congratulated by Ana Maria Jordao on behalf of the jury and by Róbert Lengyel, Director of Horse Trans Cargo Ltd.